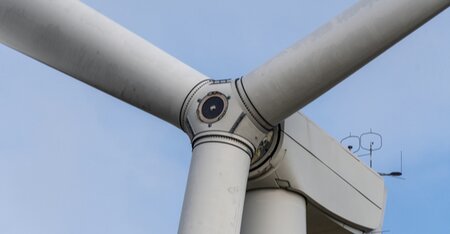 Global mining efforts require vast amounts of energy, most of which has historically been derived from fossil fuels such as diesel, heavy oils, and coal. The mining industry recognises it has a critical role to play in limiting warming to 1.5°C by rapidly reducing its carbon emissions.

To meet this challenge, mining companies are investing in renewable energy to power operations and help reduce their carbon emissions. Renewable energy also offers opportunities for off-grid power solutions to mining operations in remote areas. By having dedicated off-grid energy sources, mining operations can meet a significant proportion of their energy requirements from renewable energy sources, making significant cost savings in the price it pays for electricity. For example, a renewable energy developer – EDL - recently teamed up with Gold Fields to develop the Agnew microgrid in Australia. This grid has a capacity of 22 MW, comprised of a mix of solar and wind, which provide more than half of the power needed to run the Agnew gold mine.

When well planned, such projects can also reduce biodiversity impacts. Renewable energy has been shown to have a significantly lower environmental impact than other forms of energy, helping mining companies reduce both CO2 emissions and address biodiversity loss. Off-grid power solutions have the added benefit of reducing the need for powerlines, which are often associated with some of the most pervasive impacts, including bird collisions and habitat fragmentation.

With the rapid rise of nature loss on the sustainability agenda alongside climate change, extractive companies are looking for effective ways to contribute to both. Through its extensive experience in leading biodiversity practice within both the mining and renewable sectors, The Biodiversity Consultancy is ideally placed to support forward-thinking mining companies deliver energy solutions that achieve nature positive outcomes.

The Mitigation Hierarchy as a risk management framework

In response to the global upscaling of renewable energy development, recently published IUCN-TBC guidelines present an effective framework to address these risks using the mitigation hierarchy – a sequential and iterative application of four steps: avoid, minimise, restore and (as a last resort) offset.

Careful siting of renewable energy developments is central to avoiding loss of natural habitat and species. Placing wind and solar farms away from sensitive areas and within already degraded sites – including previously mined areas - can significantly reduce risks.

In addition to site planning, impacts can often be minimised through scheduling of construction activities to prevent impacting species during sensitive periods of their lifecycle such as during breeding and migratory seasons. Following this is the opportunity for restoration – a conservation focus area for this decade – which can aid in mitigating residual impacts before any offsetting considerations.

As with the construction phase, some impacts can be minimised during operations through operational controls, such as ‘shut down on demand’ approaches to minimise risk of collision with birds and bats. In some cases, there may even be opportunities for net positive biodiversity impacts through on-site restoration and enhancement of previously degraded areas, for example, by restoring the natural flora around turbines and panels in sites previously used for mineral extraction.

If you would like any advice on addressing risks to biodiversity associated with renewable energy facilities – get in touch with our energy and mining team.