It has been about a month now since the gavel came down and the Kunming-Montreal Global Biodiversity Framework (GBF) was agreed. Four goals, 23 targets – years in the making.

Is it everything some people had hoped for? No. Is it better than we had feared it could be? Yes! So, let’s recognise this as a historical agreement with many firsts and significant moves in the right direction, which have implications for all areas of our society – including business. Despite the lack of quantified goals or quantified targets for biodiversity in the deal, we now need to get to grips with the reality of implementation and turning the outcomes of the negotiated agreement into action that puts nature recovery on track.

While not as ambitious or precise as some hoped, the framework clearly embeds the current direction of travel for collective action for biodiversity and means that stakeholders will continue to have increasing expectations for the role of business in supporting efforts to halt and reverse biodiversity loss.

One thing that was clear in Montreal was that there were two events: the official negotiations that resulted in the Kunming-Montreal Global Biodiversity Framework, and then everything else that was going on in and around the convention centre. Both have relevance to business; in what the text might mean, and from the sharing, learning and common themes on the sidelines.

Regarding the final GBF, other commentators have said much about 30x30, “make it mandatory”, action on subsidies. But there is, of course, much more to it than that.

Starting at the beginning with the overall purpose of the agreement, there had been high hopes from some quarters that the phrase ‘nature positive’ would appear in the final text, and then disappointment that it has not. But look at this text from the purpose:

“The framework aims to catalyze, enable and galvanize urgent and transformative action by Governments, subnational and local governments, and with the involvement of all of society to halt and reverse biodiversity loss, to achieve the outcomes it sets out in its vision, mission, goals and targets”.

That sounds pretty much like nature positive to me. So, although the phrase is not there, the intent is. The whole context of the GBF is aiming for a nature-positive future. It is also clear from this statement that implementing it will involve everyone. Bending the curve will not just be the responsibility of signatory nations – individuals, civil society and business will play a part.

This sentiment also played out heavily on the sidelines at COP15 where nature positive was very much part of the dialogue in and around the convention centre. From official side events to the Nature Positive Pavilion and chance meetings with peers and colleagues, it’s clear that it will be the guiding phrase for business and biodiversity for some time yet, but we should be cautious to maintain some rigour.

We are still working through the Targets, reading and interpreting them to divine what the implications for business are. Clearly Target 15 is foremost here, with text indicating that some companies will be required to disclose on impacts and dependencies.

While much of the focus was on the call by business for governments to make disclosure mandatory, that a mandatory requirement didn’t make it into the final text may prove – in the long term – to be a moot point. This is the direction that the markets are heading in, with obligations such as the EU Corporate Sustainability Reporting Directive (CSRD). Or the future possibility of stock exchanges or ratings agencies expecting certain companies to adhere to the Taskforce on Nature-related Financial Disclosures framework. While strictly speaking it’s voluntary, it is going to become harder to run a large international enterprise without disclosing on nature impacts.

For me though, the most telling line is the final part of Target 15.

Target 15 is not just about disclosure but setting the expectation that companies act on those disclosures. Businesses will be expected to reduce the negatives and increase the positives, which means getting started on building an understanding of where current impacts and dependencies lie in the value chain as well as developing capacity, and implementing those no regrets actions on material and priority risks. So, when we meet again at COP16, companies can show us what they are doing, and not just talk about what they would like to do.

But business should not just focus on Target 15. Throughout the targets there are elements that will be important to a range of sectors. Targets 7 & 10, for example, on emissions and pollution, and sustainable production methods could be significant for agribusiness, fishery and forestry. Companies with agricultural or fishery supply chains need to be aware. Precisely where restrictions on chemical use or when government action on pollution will take place is hard to predict, but forward-facing companies will be working on reducing these now, in anticipation. Commodity certification might not just be a market differentiator but could feasibly become a legal requirement in some jurisdictions. Look at your operations, or your supply chain. Can more be done to increase the volume of sustainable production?

Then there’s Target 19, which has garnered a lot of interest, principally from the financial sector. But it is much more than that.

“(c) Leveraging private finance, promoting blended finance, implementing strategies for raising new and additional resources, and encouraging the private sector to invest in biodiversity, including through impact funds and other instruments;

The text makes it explicit that the private sector will play a role in paying for the implementation of the GBF, not just governments. That doesn’t just mean the finance sector, this can mean that any business could contribute to financing green. And it can be achieved by a variety of mechanisms, including both offsetting AND biodiversity credits.

And finally, as the UNFCCC and climate COPs talk more and more about the importance of nature in meeting our climate change goals it is noteworthy to look at Target 8. Could that be the avenue to greater linkage between UNFCCC and CDB, and thus integrated corporate climate change and nature strategies?

While the negotiations were going on, there was a hive of activity on the sidelines. I commented on these at the time through my videos and, thinking back, a few themes have stuck with me.

Business presence at COP15 was much bigger on the sidelines than previously, and it’s amazing to think how far we’ve come over the last couple of years. Would it have drawn such a business crowd if it hadn’t of been delayed by two years? Probably not. But while we’ve heard the right noises from business and finance for a while now, getting nature and biodiversity into fundamental decision-making processes is still very much the preserve of the genuine sustainability leaders. To have an effect at the scale needed to turn nature’s collapse around, we need to move further and faster toward meaningfully integrating nature across industries and sectors. Actions speak louder than words and, in many respects, we are still falling short here.

The importance of indigenous peoples and local communities (IPLCs) was a topic raised repeatedly. Both as stakeholders whose lands and values should be incorporated into the implementation of the GBF but also as important actors in our nature-positive future (See these papers for a good overview of the importance of IPLCs in conservation: Julia E Fa et al. 2020, Stephen T. Garnett et al. 2018, Christopher J. O’Bryan et al. 2020).

It’s also no small surprise that biodiversity credits drew a lot of interest inside the convention centre. Directing finance towards conservation and restoration projects that can deliver measurable positive outcomes remains one of the great challenges and will be an essential part of delivering on the GBF. The potential for biodiversity credits to help shrink the finance gap is considerable, but the design of high integrity credits and credit schemes, so that they benefit nature and communities, will dictate how successful they will be at creating positive change. And we only have a brief window of time to get them right.

Less positively however, there was a surprising lack of discussion on marine and freshwater issues in the business and finance fora. Business impacts and dependencies on our rivers and wetlands, oceans and seas must not be forgotten.

The new framework raises ambition for positive action for biodiversity and nature, and this ambition – just as we’ve seen for carbon – will transform into the expectation from stakeholders that the world’s leading businesses take action. Draft updates to widely used disclosure frameworks, such as GRI, already include explicit sections on alignment with the global biodiversity framework. Companies can already get started in planning their actions, for example by piloting the “LEAP” approach of the Taskforce on Nature-related Financial Disclosures or using the guidance from the Science-based Targets Network.

Integrating nature into decision-making is a strategic choice, and there are no quick fixes for organisations with large physical footprints or complex global value chains. But there are steps businesses can take to prepare the way for positive action:

Being able to assess, commit to science-based targets and make transformational shifts to business practices that avoid negative impacts and promote positive contributions requires both a roadmap for implementing a nature strategy and the capacity to implement it. COP15 has set a shared direction for business to travel. It’s now up to us to deliver. 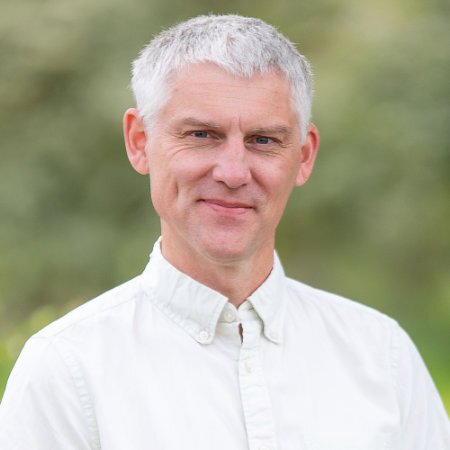